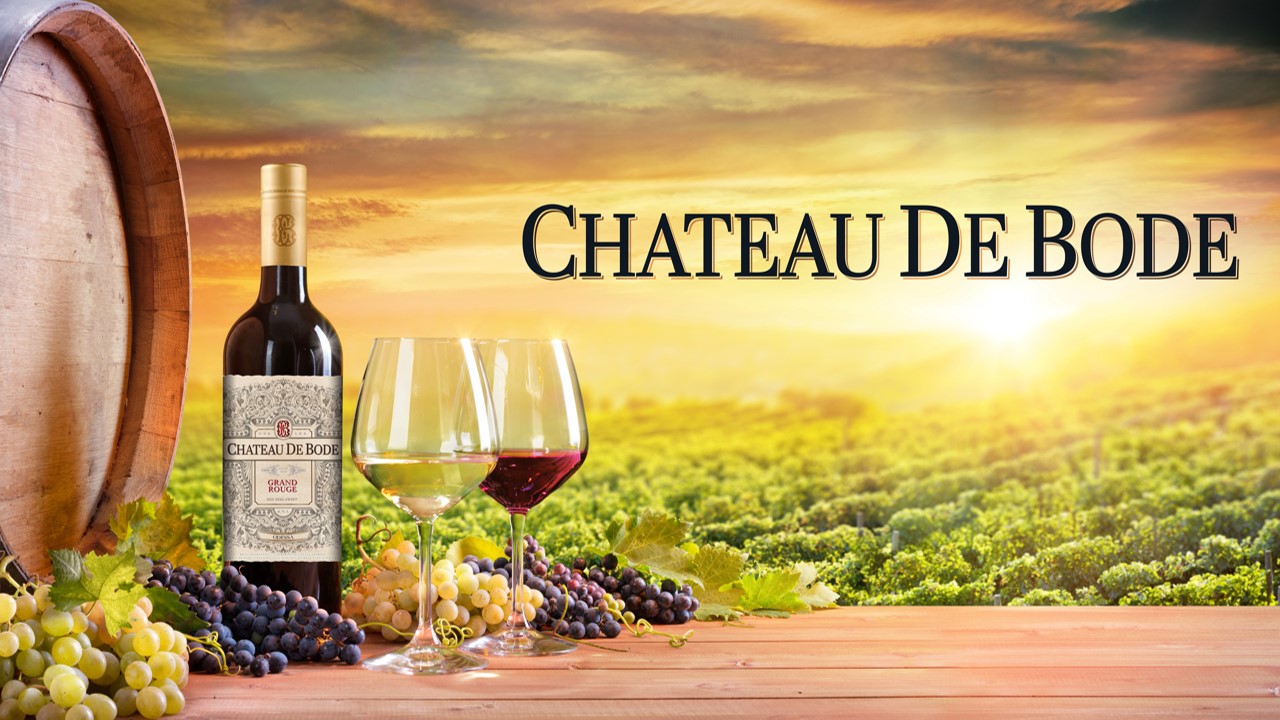 The history of wine goes back to the early 19th century. Emperor Alexander I granted the French baron Alexandre Bode a plot of land in the vicinity of Odessa, where he built a small estate, wrote vines from France and smashed vineyards on donated lands.

Soils and climatic conditions were suitable for growing excellent grapes. Bode soon produced the best wines in the region. The baron became the director of the school of winemaking and even published his own textbook on winemaking in the southern governorates of the empire.

The wines which were found in the preserved cellars of the Alexander Bode estate and the records of the production methodology allowed us to recreate the magnificent wine CHATEAU DE BODE, in honor of the baron.

White semi-sweet wine Chateau De Bode Grand Blanc will satisfy even the most demanding connoisseurs. The drink is made from white grape varieties growing on the fertile plantations of the Odessa region. Chateau De Bode Grand Blanc has a luxurious flavour palette. The taste is rich, fresh, balanced, with notes of apple, white stone fruits and herbs. It ends with a persistent aftertaste. The aromatic palette of the beverage is opened with fruit sweetness, fresh herbs, picturesque citrus, white fruit and flowers. The best way is to keep quiet wine in harmony with fish snacks and seafood.

Chateau De Bode Grand Rouge is an exquisite semi-sweet red wine with a delicate berry aroma. It has expressive fruity taste with a pleasant balanced acidity and soft tannins. The well-constructed aroma has a multi-stage and multifaceted background. The intensive fruit bouquet shows bright tones of cherries and currants with notes of black peppers and spices. Chateau De Bode Grand Rouge is used as an aperitif, as it perfectly harmonizes with various sweet snacks, fruit plate, chocolate desserts and cakes. If the drink is served at the main table, a variety of fatty meats should be taken care of.