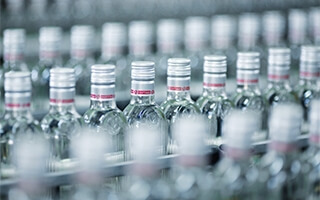 Global Spirits is the Europe's largest international alcohol holding company and one of the world leaders in alcohol production. The holding structure includes the largest production sites of Khortytsa Distillery and Odessa Cognac Factory fitted with high-tech equipment from world leaders.

Odessa Cognac Factory (OCF) is the oldest among the enterprises of the branch in Ukraine. The factory’s history is connected with the Shustov dynasty and begins in 1863. Until 1956, OCF was the only cognac producer in the country. In 2007, the legendary factory was part of the largest Eastern European holding Global Spirits and became the industry leader. The company is fully equipped with classic French distilleries and modern European equipment, providing a complete production cycle of cognac, featuring a 150 years old technology. Since 2017, the factory is equipped with the largest in Ukraine akratophor which is a special device used for sparkling wine production in a tank.

Khortytsa Distillery is the most high-tech distillery in Eastern Europe. The plant features a unique design and is equipped with the best equipment from the world leaders of technological support of food industry enterprises. REHAU engineering systems, GRUNDFOS pumps, TOYOTA forklifts, and highly reliable ITAL PROJECT bottling lines ensure the accuracy of every operation, from careful dosing and sealing to quality labeling and date marking. In 2003, the first bottle of vodka came off the assembly line.